Aloha from Hawaii! We loved the film!
Republished with permission by Alexis Thomas

“The Ghosts In Our Machine” inspired each and every person at the showing.  For those who weren’t aware of the plight of animals in our highly mechanized world, this film helped to “take off the blinders” as Liz Marshall put it in our post-film Q&A. Those of us who were already aware of most of the issues that were addressed so delicately, yet so deliberately, were re-invigorated in our passions. 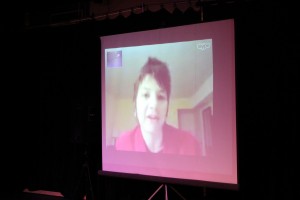 I showed the film after Empty The Tanks Worldwide, a protest going on all over the world against marine-life captivity and exploitation. We protested Sea Life Park here on Oahu with some folks from Sea Shepherd and Ocean Defender Hawaii, a local conservation group. Many of the protesters made it to the film afterward, so when a few of them mentioned how slow progress is, or how animal use is so culturally ingrained, I reminded them that we were just protesting something that is also culturally ingrained! If marine captivity can change, so can other areas of animal use. I feel like your film reminded everyone that ALL forms of animal oppression intersect one another.

We had a couple copies of “We Animals” floating around the room, which definitely made a big impact. Jo-Anne McArthur’s work inspired many of the animal rights focused attendees to do more. Her empathy, determination, and strength through tribulation is definitely something to look up to. I have never wanted to watch an animal rights documentary more than once because of graphicness, but I am definitely watching this one again. This film wasn’t so graphic that everyone was shielding their eyes the whole time, in fact, we were all really intrigued following Jo-Anne McArthur on her journey of animal liberation. We all really loved that she was the protagonist of the film, and I felt like that aspect really helps people to connect to the animals through her empathy. We had a few professors there as well who asked Liz Marshall how to go about getting the film so they can show their students! When people watch this film, they know it’s different from the rest. This smart film stands out for all of the right reasons. 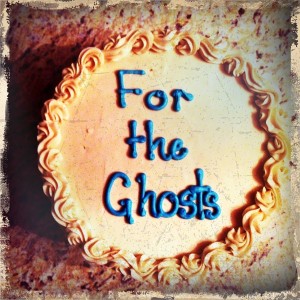 “The Ghosts In Our Machine” is so powerful and so relevant, and different than any other animal rights documentaries. I knew that more people needed to see this. I hosted the screening myself, and asked Animal Rights Hawaii president Cathy Goeggel to say a few words about their work after the film. I contacted VegFund and applied for a grant to help me pay for the costs. It’s been successful and I’m so glad I was able to share this film with others! You can host a screening too!

We had so much fun eating vegan snacks with sparkling apple cider, watching and talking about the film, talking about our ideas of what we can do here in Hawaii for the animals, and making new friends. It was so much fun talking with Liz Marshall on Skype afterwards, it really did feel like we were all together! It was such a pleasure! We all look forward to see you next projects in the near future!

With aloha, for the ghosts