Feature Article by Vegan Mainstream about the Ghosts

July 27th, 2012
Vegan Mainstream Feature by Zoe Eisenberg
While educated consumers may be aware of the lives that are lost for human consumption—both in food and the products we use—the vast majority of mainstream consumers are living in the dark. Many do not realize or think about the fact that we exploit animals daily through the clothing we wear, via animal-tested beauty and other products, and in the entertainment industry. While this would be a huge moral dilemma for many if directly confronted with the truth, millions of people don’t give it a second thought—we are rarely asked to. Vegan Mainstream recently had the chance to talk to documentary filmmaker Liz Marshall, who is currently working on a brand new animal rights documentary called The Ghosts In Our Machine. This character-driven film poses the moral question: Are animals property to be owned and used, or are animals sentient beings deserving of rights? Read on as VM writer Zoe Eisenberg dishes with Marshall on the idea behind The Ghosts In Our Machine. 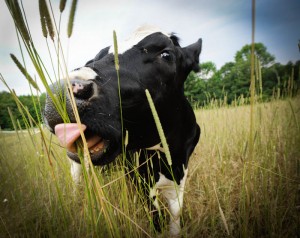