Sonny and Fanny’s rescue story is featured in
The Ghosts In Our Machine.

Please watch the film to meet Fanny and Sonny.

A Bit of History

Sonny and Fanny’s rescue marked the very first film shoot we conducted with Farm Sanctuary in upstate New York, during the summer of 2011. Officially, this was “Phase II Development”, supported by Canada’s documentary channel. “Phase I Development” spanned 2010 – spring 2011.

Nina Beveridge, fellow producer, and I had recently established Ghosts Media, the production company to produce The Ghosts In Our Machine project. As the project’s director, my mission was to shoot and edit a new trailer that would convince documentary channel that The Ghosts In Our Machine needed to be funded as a feature length documentary. I chose to feature a rescue mission by Farm Sanctuary, the rest is history. 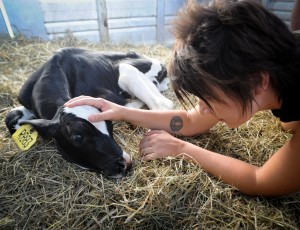 The rescue was life saving for Fanny and Sonny, important for the film, and significant for me personally. I had been vegetarian since 1989, and while I respected veganism as a concept, I didn’t fully understand it. That changed for me when I met Fanny and Sonny. They became the face; the reason to make the transition and to stop supporting the dairy industry. To this day, when I think of Fanny and Sonny and when I visit them at Farm Sanctuary, I am reminded of who they are, and what they have come to represent for so many people around the world who have been impacted by their story of rescue and rehabilitation. Thank you Fanny and Sonny, you are forever in our hearts.

Susie Coston, National Shelter Director for Farm Sanctuary, led an expert rescue mission. Fanny and Sonny were at a dairy auction, being disposed of, for cheap meat.  Susie managed to rescue them both and transport them to Cornell University’s Animal Hospital. “Spent” by industry standards (fragile, dehydrated, sick, arthritic), and severely neglected, Fanny could barely stand up, and Sonny was at deaths’ door. Jo-Anne McArthur, human protagonist in the film, photographer and founder of We Animals, documented the mission, and I filmed her and Susie, and of course Fanny and Sonny. This “scene” would become a featured storyline in the full-length documentary. 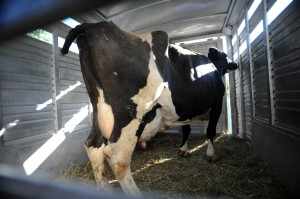 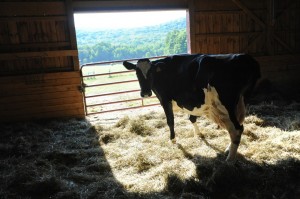 After 24 hours of treatment at Cornell Animal Hospital
she was released into the care of Farm Sanctuary.

This arresting photo of Sonny has became an iconic image, featured on our theatrical movie poster. Jo took this captivating photograph en route to Cornell University Hospital for Animals. Upon arrival, Sonny was administered lifesaving medical treatment and then released to Farm Sanctuary to live out his life.  Sonny’s medical care included a blood transfusion, ultrasound, IV, and he was bottle fed milk with colostrum. All of these measures saved his life. 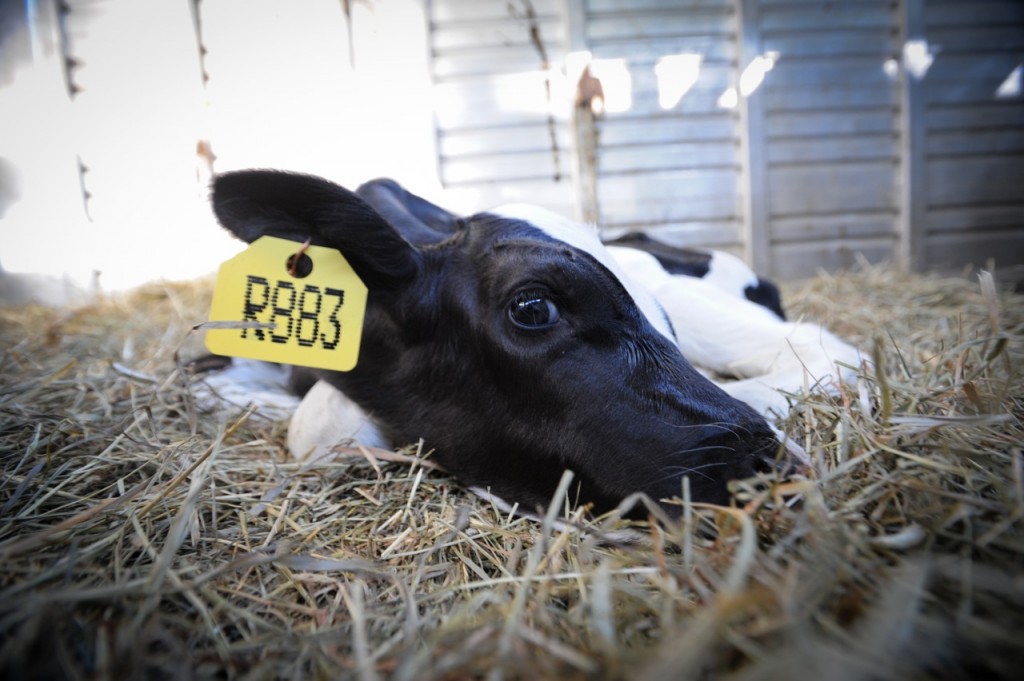 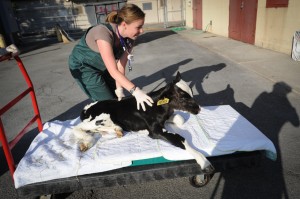 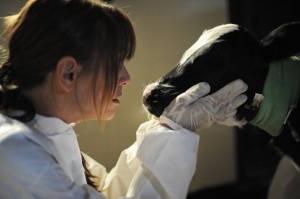 Learn about the dairy industry, and about the many yummy and nutritious alternatives to dairy products.
Visit our GET INVOLVED section.