For those new to our project (and there are many of you), and for those who are long-term supporters, this blog recaps some exciting highlights from 2013.

Since our World Premiere earlier this year, THE GHOSTS IN OUR MACHINE has been seen by thousands of people, and continues to stimulate important dialogue for a wide audience.

Looking ahead – 2014 will be another important and active year. The film will be seen by thousands more around the globe. We’re excited to announce to our ardent supporters that THE GHOSTS IN OUR MACHINE will be available in new ways. Also, for those of you who supported our Indiegogo fundraising campaign(s), we have an important message for you below …. PLEASE READ ON.

We just wrapped a successful Oscar Qualifying U.S. Theatrical Release Campaign in 4-cities: New York City; Los Angeles; Chicago; Columbus. Check out our new photo album of highlights from the campaign. It was action packed with very special guests, Q&As, events and red carpets. We think you will recognize some or many of the smiling faces in this photo album. Enjoy! 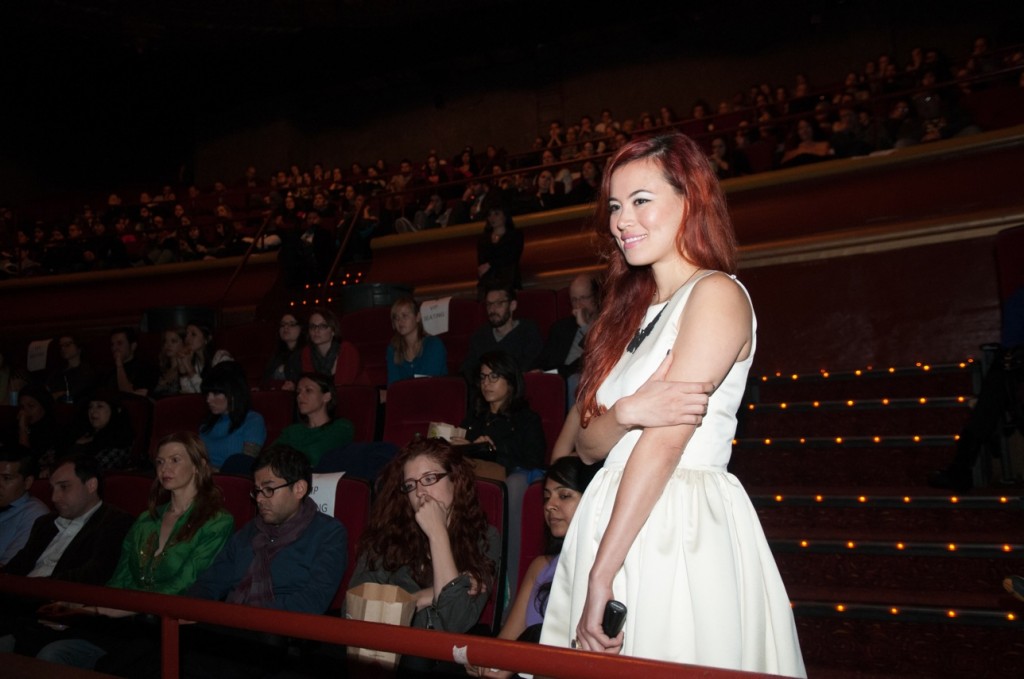 Thank you to our amazing Funders, Partners and Team.
We could not have done this without your
generosity, moral support and expertise!

We made it to the master list of 151 OSCAR QUALIFYING DOCS, 2013. While the film was not shortlisted for the Oscars, it’s an achievement to have made this list. Overall, the campaign sparked a great deal of interest. Our U.S. release exceeded our expectations. It was a strong promotional tool to raise the profile of the film and to shine a spotlight on the issues. As a result, we doubled, and in some cases tripled, our social media metrics. There is an increase in demand for the film and we are actively pursuing all avenues of distribution, to get the film out there globally. We are a small committed team, doing our best and so thanks for your patience!

Our Canadian Theatrical Release, with Distributor IndieCan, was also fruitful and exciting. The film was seen in cinemas across the country in 11 cities. Our highly anticipated Broadcast Premiere on Canada’s documentary channel was November 24th, it aired across Canada. THE GHOSTS IN OUR MACHINE was produced in association with documentary.

In total, Director Liz Marshall and Photographer/Protagonist Jo-Anne McArthur have conducted over 30  in-depth Q&As with diverse audiences, and there will be many more to come in 2014.

We have listed over 85 reviews and interviews on our website, ranging from the grassroots to traditional mainstream media, to everything in between. Interestingly, but not a surprise, they are polarized. And by the way, we have included the whole story; the good and the bad reviews. Check out our PRESS page to see how Ghosts is being upheld, interpreted, dismissed and critiqued.

Have you seen THE GHOSTS IN OUR MACHINE  documentary, and/or our online Interactive Story? Our online story is accessible 24/7 from our website, as a narrative companion to the film, try to give yourself between 15 – 45 minutes to experience its breadth. Tell us what you think, please HAVE YOUR SAY on our website. What was your experience of the film? Of the Interactive Story?

We are proud the film has garnered several international awards and nods, and from some respectable festivals. We say this not really to show off, but to express how important this is. The film is being recognized first and foremost as a film (which is great), but of course for its content – the issue, which at times can feel like the ‘impossible issue’. Those involved in the struggle to put this conversation  on the table understand just how tough it can be, yet things are starting to change  …

For those who have filled out our REQUEST A SCREENING intake form, thank you! If you have not heard from our Community Screenings Team, don’t worry, you will be contacted in the new year. Director, Writer, Producer Liz Marshall is heading up a 2014 Community Screenings Campaign with a small team, we appreciate your patience. Announcements will be made about plans for this exciting new initiative. DVD and other professional formats of the film such as BluRay will be available to license (rent) with Public Performance Rights, for Community Screenings. Stay tuned! 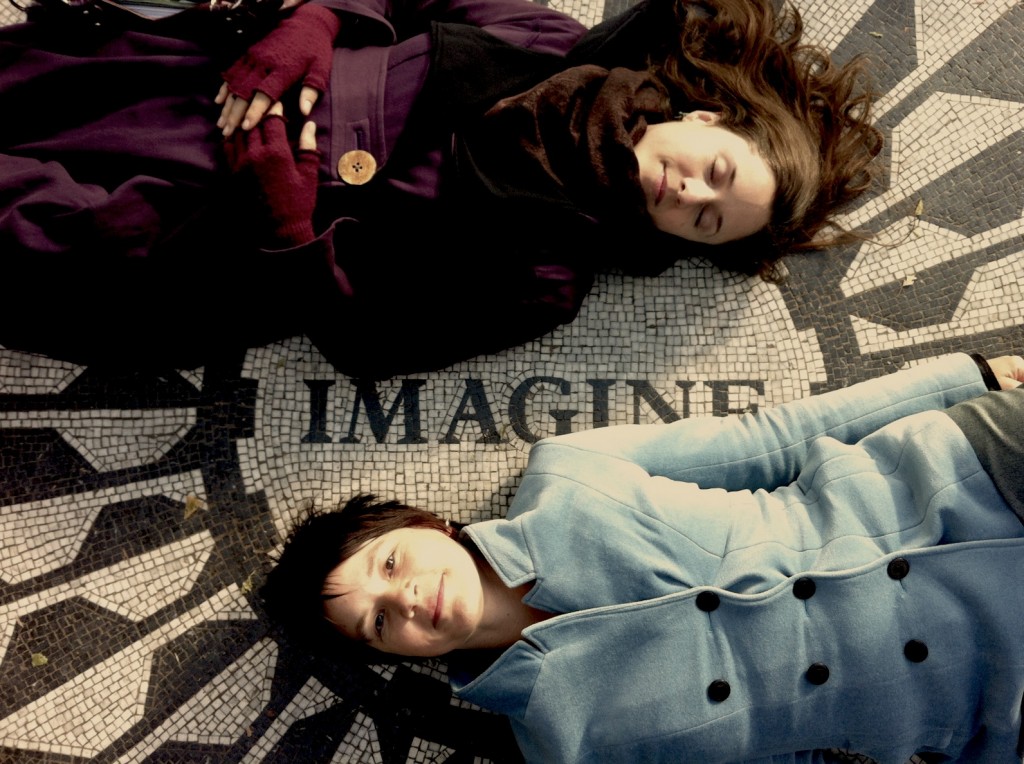 Our home video DVD (for home usage only, to watch with your family and friends) is available now for pre-order from our online store. You will receive your DVD in April!

Our Canadian Distributor IndieCan will release THE GHOSTS IN OUR MACHINE on DVD, iTunes, and on some VOD Platforms (to be announced) in Canada, in the 2nd Quarter of 2014.

Syndicado, our U.S. VOD distributor, will make the film available to watch or download on digital platforms and cable VOD as of February 7, 2014 in the USA. Soon you can pre-order on iTunes for electronic download, or rent for VOD on iTunes starting February 7, 2014. THE GHOSTS IN OUR MACHINE will be available for rent on cable VOD at Time Warner Cable, Comcast, Cox, Cablevision and other major cable and IPTV services. And on Internet connected devices through: Microsoft xBox, Samsung Smart TVs, SonyPlaystation, vudu, Amazon, GooglePlay and ilovedocs.com.

There is a strong emerging interest within academic circles to examine the human-animal relationship. We are excited to consult with forward thinking scientists, lawyers and experts, including TeachWithMovies, to develop a compelling Educational Guide, and to work with our educational distributors to usher THE GHOSTS IN OUR MACHINE into academic curriculum around the world. We are excited to announce the US educational release of THE GHOSTS IN OUR MACHINE on March 3, 2014.  It is being released by the leading US publisher of independently-produced, environmental DVDs, Bullfrog Films. It will also be available for streaming to educational institutions on www.docuseek2.com shortly thereafter. The Canadian educational release will be simultaneous with McNabb Connolly, one of Canada’s leading educational distributors.

Film Festival and Broadcast Premieres will continue to be announced on our website. Stay tuned!

A MESSAGE TO OUR
INDIEGOGO SUPPORTERS

Since early 2011, we have conducted two successful Indiegogo crowd funding campaigns. The first one ran from May 24 – July 22, 2011 in support of our Early Development phase, and the second one ran from July 29 to September 27, 2013 in support of our recent U.S Theatrical Release. We are eternally grateful to our generous Indiegogo fans whose financial support has been critical to the success of this project! In the new year we will be assembling our goodies for you,  we plan to have your packages shipped out by the end of February, latest, with one exception – the actual DVD.  Due to contractual requirements, our DVD cannot be released until April 2014. Anyone who has purchased a DVD, either through indiegogo or our online store, will receive the DVD then. Thank you Thank you Thank you for helping us make this project a reality. Sincerely. 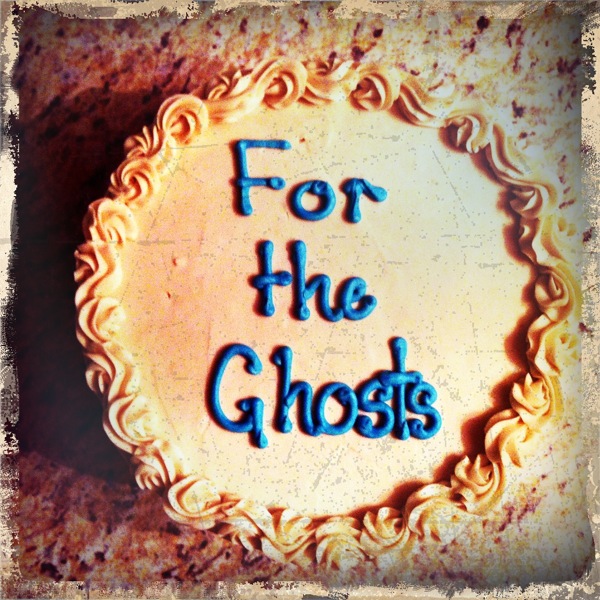 Wishing you a very positive holiday season, and a forward thinking, conscious year ahead.

With love from Ghosts Media.